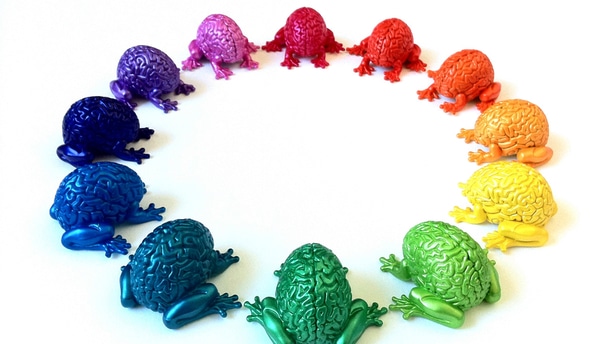 Humankind is undoubtedly referred to as the most incomprehensible yet intelligent living being on earth. The incontestable force that lies behind this fact is the human brain known for its ideal phenomenon called human consciousness which is the centre of all human thoughts and actions. Science and technology, always seeking pragmatic solutions and explanations to the human condition, grab increasing attention recently for a new phenomenon termed brain mapping. The driving force behind this attempt has been to understand how the brain functions. Brain is, no doubt, a very complex part of our body, and even with the years of study, scientists are still finding some more ‘unknowns’ within the brain and hopefully through the brain mapping, they will get the breakthrough in their research.

The evolution of this new kind of mapping which enables neuroscientists to see a detailed structuring of the brain markedly expands over the recent decade. Though the mechanisms of the brain has always been a mystery unknown, neuroscientists, noticeably Katrin Amunts of Jülich Research Centre, Alan Evans of Montreal Neurological Institute and Karl Deisseroth of Stanford University, could contribute to a milestone in the human history of technological advancement by continuously experimenting on brain mapping. The Europe’s Human Brain Project and the U.S. BRAIN Initiative have therefore been able to produce a three-dimensional atlas of the brain which exceeds the resolution of the existing maps enabling the detailing of the human brain 20 micrometres smaller. Moreover, Clarity; a technique developed by Karl Deisseroth, makes it possible for studying the opaque structures of the brain. These techniques indicate a greater possibility for studying the complete brain in future experimentations, research and understanding.

Like any other thing, brain mapping has its own ups and downs. While it is acclaimed for its ability to overcome the cloudy prospects of the humankind to combat against diseases like psychiatric disorders and neurological disorders, it is overlooked and accused for investing large sum of money and time which would in turn neutralize the opportunity for small-scale and individual research and scientific experimentations. What many argue is that in the pursuit of indefinite mission of brain mapping, small industries would be most likely to lose funding to carry on their scientific projects. Worst of all, if in any case brain mapping becomes successful, it is disputed that geographical and cultural boundaries would be in greater risks since the new technology would intrude into their psychological territories. In overcoming the above mentioned challenges, it is essential that the worldwide scientists make a communal effort to prevent the overlapping of the needs of small-scale and large-scale research projects and also to make the large-scale projects of brain mapping completely visible in all its stages because though the risks can be increasing, the ultimate success would be enormous in terms of new strategies towards disease management, health management etc.

The brain mapping technology has given scientists a major breakthrough- helping them to understand the working of brain in more detailed manner. Through this, many advancements such as lie detector has been designed helping in prisons etc. Furthermore, there it has improved the neurological studies of medical treatments- which therefore means we can find some more ‘unknowns’ within our brain. The on-going heating discussions on brain mapping reveal the fact that the revolutionary attempt at understanding the functioning of the brain which is the corpus of what creates our individual identity needs to be done with caution because it is a leap forward that will definitely matter in upcoming years. As much as there is room for technological revolution, human revolution is equally not far away.

brainbrain mapping
Previous ArticleMaintaining a Skinny Figure: is it always the Key to a Healthy Life?Next ArticleA Long List on How to Hold that Anger