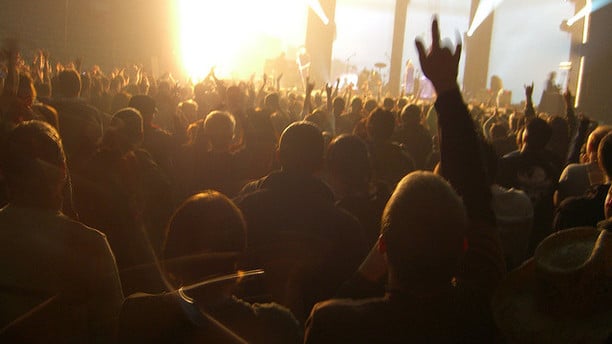 The crowd was hushed when the man on the stage raised his hands. Thousands of people bowed their heads in solemn silence as a solitary man knelt in front of him.  Mustering all his strength and with a thundering voice he shouted “By the power vested on me; on my hands,  I command you!” his hands were shaking, “I implore you! Stop smoking now!”

The crowd erupts in jubilation and applause.

The atmosphere was electrified.  The man who was kneeling was overwhelmed. Tears fell from his eyes as he felt himself sobbing. No longer in control of his own body both his hands touched the floor. Even though the floor was cold and wet with his tears, it felt as if the floor was vibrating and alive. He felt the psychic and spiritual energy of the crowd behind him. It was something else.

Strong hands lifted him up as he struggled to open his eyes.

He was touched with the words of power.

In front of him was the man with the steely yet compassionate eyes. His blue eyes overpowered him as if they were one. They were having a conversation of the mind. The one where no words are spoken.

This is it. This is the key. This is hope.

He didn’t smoke from then on.

You may think that words may just be words but in them are the power to hold somebody’s thoughts. At times, these are enough to create astounding life changes. For example: “I love you.” are three words that have that latent power to change a relationship between two people.They can even break some bonds and assuage that longing.

“I forgive you.” sets free the person from ill feelings and contempt. Some would say that they are the most liberating of all.

What is it in the spiritual world that through words, touch and the will some are healed?

Don’t you think that it’s amazing how some small thing, a tiny object such as a cigar enslaves both the mind and the body?

All of this belongs to you if you just will it into happening.

From now on, you are free.

ads
Previous ArticleHow to Combat the “I’ll Just Have One” LieNext ArticleWill Smoking Harm Me And My Baby?