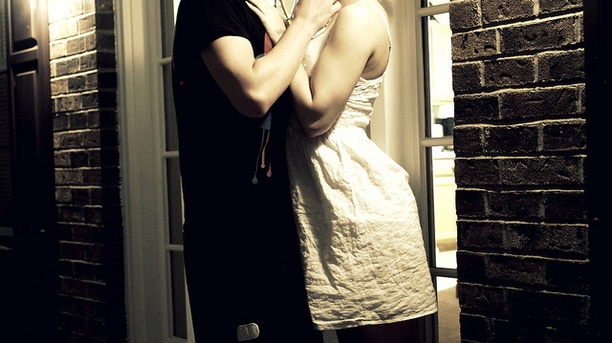 “Don’t judge a book by its cover” they say.  When have you NOT been told that when meeting (new) people? However, when using online dating site Tinder, that phrase no longer applies… at least not much.

Welcome to Tinder.  Please DO judge the book by its (often quite muscular) cover. Don’t like the cover?  Don’t read the book.

Firstly, Tinder is so easy to use you can do it in your sleep, which often pretty much winds up being the case and then an hour later you find yourself talking to a guy about favorite kinds of cheese for way too long. Anyway, on Tinder you start by looking at a picture of a person.  Do you like this picture of this person?  Swipe right!  Does this person just not do it for you face-wise?  Swipe left and silently apologize to said person for judging them so harshly and so quickly.  Then, once in a while, a match is made in Tinder heaven.  Some person judged you by your cover and liked it!  Now, if either of you are particularly keen, you can send each other messages and see how it goes.  That is an ideal run on Tinder.  Often times, however, the Tinder train can derail very quickly. That be avoided by following these guidelines:

1)   Deduce their personality from their photos.

Pictures are very telling.  What they display is how they want to be perceived.  You can significantly Sherlock your way to an ideal partner in crime.  Now, I’m going to describe seven classic Tinder pictures provided by men along with potential warning signs for each. (Depending on what you’re looking for of course).

2) Don’t get attached too quickly

I’m guilty of doing this with basically everyone I match with.  You go through someone’s pictures and read their description.  They sound pretty normal, so you start thinking about how well you’ll get along, if/when you’ll meet, what you’ll talk about, etc.  Nothing crazy, just generally a fictional, optimistic relationship.  More often than not, however, none of this actually plays out and you’re left just a bit disappointed.  Sometimes what you think this person will be like doesn’t actually turn out to be true.

Yeah, yeah the guy should make the first move, but guys are more apt to respond when they really know a girl’s interested. Before they start off the conversation, beat them to it, by showing them your personality is top notch and that you’re much more than just any old bimbo.

There’s a feature on the app that lists what mutual interests you have with the other person.  For example: movies, music, TV, restaurants.  Start off a chat with a nice “Jurassic Park” joke.  If they like it, bravo, you’re in!  If they don’t, then move on to someone who doesn’t live under a rock.  You both enjoy the comedy stylings of Julia Louis-Dreyfus?  Talk about that!  It’s the little things like this that get the relationship ball rolling!

5) Use your best judgment and for goodness sake don’t be stupid!

Don’t be fooled by smooth talkers.  Be cautious.  Yes, I know this is a pretty loose app, but it can still be dangerous.  You don’t know who these people really are or what their motives are.  A great test of character is to see if he will meet you in a public place for an actual date. Avoid creeps who start conversation with creepy comments about your body.  These guys are as thirsty as Tom Hanks in “Castaway “before he discovered coconuts and rainwater.  They will say/do anything to get some action.

For example, I once got a message from someone who I completely misjudged. Their message was, “You look good enough to eat”.  Yes, as expected, I shut the conversation down with this Hannibal man quicker than the speed of light.

Now I know not every guy on Tinder is like this because I have met some very nice guys with great personalities who are genuinely looking for a normal relationship.  These guys, however, seem to be few and far between. Still, if you apply these tips to your scavenger hunt through the the wacky world of Tinder, you’ll find some of these gems wildly helpful– guaranteed.

datingonline datingsocial networksTinder
Previous ArticleCan Cleaning Make You Happier and More Successful?Next Article8 Foods You Should Be Eating That Are Even Better For You Than You Think