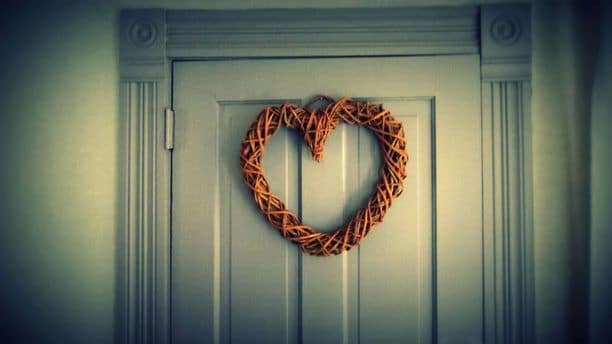 Moving is an interesting experience that brings out probably some of the most frustrating feelings possible. Two people in a happy and functional relationship seem to bring the worst out of each other during the stressful uprooting of lives.

It didn’t matter that I had packed up a majority of my items and started to deep clean my apartment, I still felt stress and the sense of unpreparedness. Moving made me feel naked and vulnerable. I felt overwhelmed with the amount of small things I had. I’ve moved into a partner’s apartment before, but never quite like this. This time it was two very prepared adults with multiples of almost everything. Kitchenware, plates, pots, pans, and furniture, not to mention a large cat tree and multiple scratching posts on my end. Things. So many things. How were we going to pick and choose?

When Christmas afternoon arrived and we started to load items, I was told I had a lot of “stuff”, and I took it personally. I can’t lie, my father’s side of the family are eternal pack rats. I come from a family that hangs onto things and stuff. I had donated so much of my stuff to a second-hand store over the past year and a half, that I really felt offended by the comment. I had to sit back and think logically. I may have things, but the things that I chose to keep are important to me and give me joy.

My partner has a very naked life, which I admire and respect; he lives without a lot of things. It was a prime example of how naked and vulnerable moving made me feel. My life is boxed up, and those boxes seemed judged. It didn’t matter that I had less totes filled with items than years prior.

Moving also makes you hyper-aware of any faults that the new place may have. I did my very best to be optimistic and think: “This will be great!”, while my partner felt that it was a sub-par place, and commented on all of the negatives. I found myself floundering with my courageous attempt at being positive and affirming of this change in our lives. It was noted that I wasn’t as happy as I was in the beginning, and I admitted that I found myself struggling due to all of the negative thoughts and comments.

It was hard to not revert back to my traditional reactions toward triggering comments. It was also hard to not take so many things my partner said personally. I’ve worked very hard to get myself conditioned to not respond automatically in the way I would often like to, which would likely be overly-emotional and not exactly positive, toward the situation.

I got moved in a lot faster than I anticipated. I also got my old apartment cleaned faster than anticipated. My partner was impressed and seemed proud of the hard work I had accomplished, and we worked into the wee morning hours making our new home seem more livable. The next evening, we got the rest of his larger items brought in, and that solidified the home. With a few improvements, like cleaning the shower head, and adding cable and internet, he suddenly found it more comfortable and home-like.

My stress and anxiety slowly started to melt away then, and I found myself feeling very accomplished. I put up some pictures and set out some crystals. Totes had been emptied, stacked, and put away. My amount of stuff didn’t seem so heavy and cumbersome now. When it came to selecting items that we had doubles of, I opted to donate or re-home most of mine, as I hardly used them for their intended purposes anyway, and wouldn’t miss them. By subtracting some of my items, I gained room to add something I had been waiting years to use– my kitchen table. I’d had that table and the chairs tucked away in storage since 2007, and finally I would have space to use them!

Moving in together has been a stressful venture, but it proved to be a positive experience overall. Over time, more touches and improvements will make the place feel even more like home. Moving does have challenges for sure, and those show you and give you opportunities as a couple to work together and communicate.