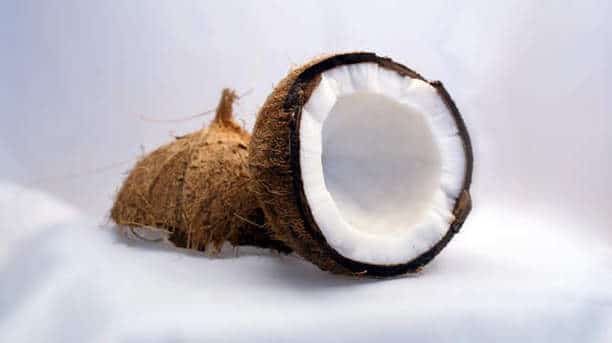 Food is part of our daily lives, yet we do not know much about the shocking properties of certain foods. With this post, let’s reveal some unexpected facts about the potential contents of your plate.

Coconut water can save your life:

Under extreme conditions, the water of young coconuts has been used as an alternative replacement for intravenous solution. A doctor from French Polynesia has used coconut water to re-hydrate a man with burn injury. The burn was healed, and the patient survived. In fact, coconut water is sterile, and its composition is very close to that of the blood plasma. But don’t confuse it with coconut milk, which is made from the meat pulp of the ripe nut.

Those innocent peanuts you might often love to eat as a snack are hiding a terrible and destructive secret. They are used in the manufacture of dynamite! Actually, the explosive element found in dynamite, nitroglycerin, is obtained from peanut oil.

The banana tree, is not a tree:

It is actually a giant type of grass, and is considered to be the largest grass in the world. It can actually reach up to fifteen meters height. The trunk is made of a wood like succession of sheets, which overlap each other and thus can appear to be a tree.

A coffee harvested from droppings:

The most expensive coffee in the world is made in Indonesia and is called Kopi Luwak or Civet coffee. The price per kilogram can reach $1,000, or more than 700 euros. It has the distinctive feature of being collected from the feces of the Asian Palm Civet, a small mammal that lives among the coffee trees. When this animal eats the coffee berries, the coffee beans end up in this small (and actually very cute) animal’s feces, because it can’t digest them very well. However, during their passage through the digestive system of the animal, the coffee grains are subjected to the action of enzymes and stomach acids that alter their composition. It’s this process that really gives the Kopi Luwak coffee its unique taste.

Did you know that apple seeds contain cyanide? But rest assured that the poisonous concentration is so low that you would have to eat pounds of apples to actually put your life in danger. However, if you ate a whole bowl of apple seeds, it could be your last (fatal) meal.

The precious metal is used in the preparation of certain food additives. You can identify which ones by looking for E175 in the name. There is gold in the form of sheets or sprays used particularly for decorating luxurious pastries. An original idea, although it’s a bit of an expensive decoration for everyday dishes, if you ask me.

The smell of vanilla puts us in a good mood:

You may know that the consumption of natural vanilla causes the release in the body of a hormone called serotonin, which is also often referred to as the hormone of well being and happiness. But it was recently discovered also that the mere smell of vanilla can trigger the secretion of this hormone. The scent of vanilla can be a great natural antidepressant to use if you feel stressed or suffer from depression.

You read it right. The same mushrooms that we sometimes eat in our omelette, are half animal. In reality, they have common plant as well as animal characteristics, so scientists don’t include them in the plant kingdom or in the animal kingdom, but in a third category: the fungal kingdom, along with some other fungi species like mold and nail fungus.

In conclusion: Nature constantly maintains many surprises for us. And it’s possible that after reading these lines you’ll never look at the contents of your refrigerator in the same way you did before. Enjoy your food and don’t forget to stay informed about what’s on your plate!

foodhealthhealthy food
Previous ArticleHow to Have a Better Relationship in 2014Next ArticleLessons in Moving: Home and Heart

Memory: Curse of the Mind?