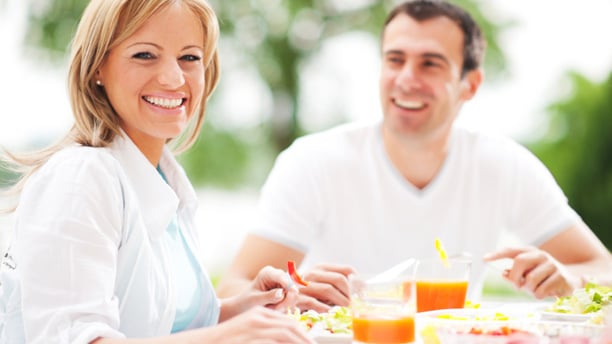 Since the renaissance period, countries in the western side of the globe have influenced the culture, economy and even the palate of the citizens in the oriental nations. Consequently, the Singaporeans’ penchant for western food supports this concept. Unfortunately, most western recipes are rich in fat and cholesterol content. To address this, below are six suggested western meals which can help the citizens observe a healthier lifestyle.

Vegetarian paella. A staple among Spanish dinners, paella is a rice dish that traditionally makes use of chicken, pork and seafood ingredients. For a healthier touch, reinvented vegetarian paella is recommended to help health-conscious Singaporeans achieve an energy boost without compromising their diet. As the name implies, this paella version uses the vegetable eggplant as its centrepiece. In particular, chunks of fried eggplant added with vegetable stock and seasoned with pepper, saffron, garlic and onion serve as the mixture to which rice is boiled with. The final product is thick rice recipe that is a complete meal in itself.

Spinach pizza. Italian cuisine is undeniably one of the most sought after western food in singapore and pizza is probably the best representation of this food genre. Conventional pizza is topped with meat shreds, pepperoni or ham but this recommended western food uses spinach instead. Simple preparation involves spreading homemade tomato sauce with ground spinach over the pizza crust, covering it with part-skim mozzarella and ricotta and baking the set-up until the cheese has partially melted.

Shrimp cake. This simple yet highly healthy food option originated from Spain. To prepare this, homeowners simply have to create a batter out of flour, cleaned shrimp, pepper, salt, garlic and onion. For best results, two to three tablespoons of this batter must be fried using olive oil for 8 to 10 minutes.

Fish tacos. A list of healthy singapore western food is not complete without this popular Mexican item. Tacos restaurants in the city-state are highly favoured for the juicy beef and cheese ensemble but a healthier version is now becoming a trend among the working people. This option uses corn tortillas stuffed with grilled fish fillet and added with minced cabbage, lime juice and cilantro. To spice up, fat-free sour cream can be poured over the fillings.

Fettuccine Alfredo. This classic Italian meal is included in the cheat list of dieting individuals because of the high-fat content of its white sauce. Nonetheless, chefs in Singapore have now developed ways on how the health-conscious people can better enjoy their pasta Alfredo. This is through the incorporation of low-fat cream cheese as the main sauce. Also, these chefs have omitted the cholesterol component introduced by ham and other meat additives in the recipe by replacing it with basil, rosemary and spinach toppings.

Corn and bean salsa. A perfect side dish to any meal of the day, salsa can help individuals control their urge to eat more. Cravings for sinful desserts can also be addressed using this popular western food. This is made possible by the flavourful mixture of cubed tomatoes, black beans, onion, corn kernels, parsley, salt, pepper, hot sauce and lime juice. Chilling this food for at least 15 minutes prior to serving can also ensure optimal retrieval of the mineral components of the ingredients.

Gone are the days when being healthy means foregoing tasty food choices. The list mentioned in this paper certainly attests to this since a growing number of Singaporean restaurants showcase sumptuous healthy western foods in their respective menus.