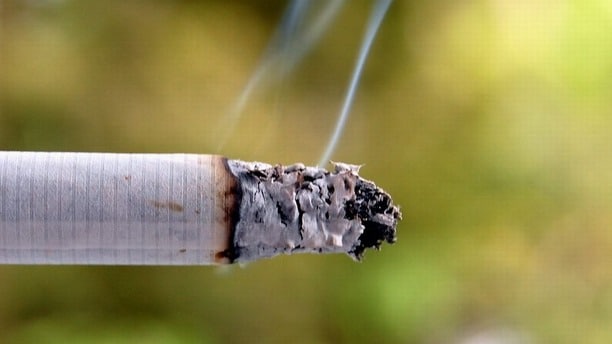 Everyone knows smoking is unhealthy, but do you know just how dangerous the smoke from cigarettes really is? Breaking down the effects of smoking on the body can be frightening, and it will open your eyes in new ways. The smoke from tobacco cigarettes holds thousands of chemicals that the body simply can’t process.

Smoke from cigarettes puts you and the people around you at risk. After figuring out the real dangers of smoking, perhaps you will be willing to switch to electronic cigarettes. They are designed to eliminate the harms of tobacco cigarettes. Consider these five ways that tobacco smoke harms your body.

Heart disease is still the number one killer in America, and that’s not likely to change any time soon. Smoking tobacco increases your chances of developing serious heart diseases. People who smoke are at an advanced risk for high blood pressure, coronary heart disease, heart attacks, strokes, and atherosclerosis. You could still get heart disease if you don’t smoke, but you can at least decrease your chances.

A smokeless cigarette could be a good alternative for someone who wants to maintain heart health. You can still get your nicotine fix from ecigs, but you don’t get nearly as many of the deadly chemicals present in tobacco cigarettes. New research continues to state that electronic cigarettes are easier on the heart than cigarettes with real smoke.

It’s no surprise that inhaling hot smoke with deadly chemicals can take a toll on your lungs. In the long run, smokers should expect to deal with chronic smoker’s cough at the very least. Other smokers will develop some chronic lung conditions such as emphysema, Chronic Obstructive Pulmonary Disease (COPD), asthma, and chronic bronchitis. Years of smoking will certainly degrade the condition of the lungs.

With electronic cigarettes you are still breathing in vapor. But the harsh smoke doesn’t exist. The harmful tobacco smoke does far too much damage to your lungs. A smokeless cigarette could help to preserve lung tissues and lung function for a longer period of time.

Electronic cigarettes mainly deliver nicotine in a vapor. There isn’t nearly as much evidence to suggest that ecigs lead to bone density issues. You could make the switch today to ensure that you won’t suffer bone density loss due to smoking tobacco. Your bones and the rest of your body will thank you.

The jury is still out on electronic cigarettes as it relates to cancer. The body gets far fewer chemical from an ecig, so it’s a good bet that ecigs don’t increase cancer risks as much as regular cigarettes.

Smoking tobacco cigarettes makes it harder for women to get pregnant. Men who smoke are also likely to have reduced fertility. If a woman smokes while pregnant, the baby can have a number of complications. The baby can be born early, underweight, with birth defects, and more. Infant deaths are more frequent when the mother smoked during pregnancy.

Pregnant women probably shouldn’t smoke anything. But electronic cigarettes may help them get their nicotine craving under control without exposing their babies to incredible amounts of toxic chemicals. The reduced chemical intake will greatly help the safety and health of the baby.

The items listed here are only a few of the health drawbacks associated with tobacco smoke. Electronic cigarettes won’t harm your body nearly as much. They offer a fun, healthy alternative to smoking traditional cigarettes. You can also save a ton of money by making the switch. The full benefits of electronic cigarettes compared to tobacco cigarettes are still being determined. But if you ask anyone who made the switch, you will find that they are glad they did.