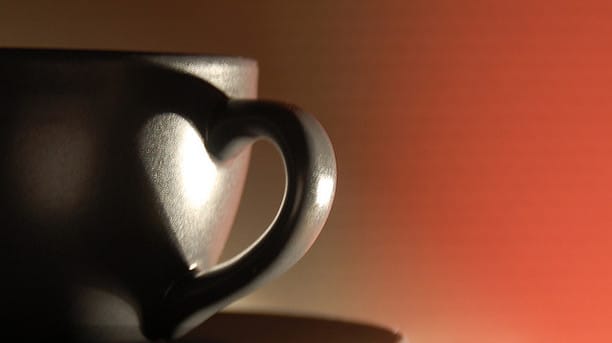 That morning cup of coffee…that afternoon tea break. It’s such a daily part of life, we can’t imagine our day without it. Who among us is so pure they don’t allow even a drop of caffeine to cross their lips? With caffeine occurring naturally in more than sixty plants, according to the FDA, and caffeine added to everything from soft drinks to medicines, is it any wonder that most of us rely on caffeine as a pick-me up each day?

How Much Is Enough?

The Food and Drug Administration’s website states that 100 to 200 milligrams of caffeine per day is the suggested limit for most folks. How much is that? One cup of tea is approximately 80 to 100 milligrams, and a cup of coffee is around 150 milligrams. So if you drink more than one cup of coffee each day (which most of us do), you’re probably imbibing too much caffeine.

Caffeine is addictive. Numerous studies show that withdrawing abruptly from caffeine causes withdrawal symptoms in about half the people studied. Withdrawal symptoms range from mild headaches to severe headaches that can feel like your skill is splitting open. I made the mistake of trying to quit caffeine “cold turkey” about 10 years ago. I was a several cups of coffee per day plus at least one or two diet colas a day drinker at the time, which probably meant I was consuming a substantial amount of caffeine. The first few hours were fine. By 8 p.m. that night, when I sat down to take a test in the graduate course I was enrolled in at the time, I thought I would die from the headache. It was like the worst migraine headache I’ve ever had in my life multiplied by 10. A few sips of a cola on the way home made the headache vanish instantly, but it underscored how much my body was addicted to caffeine.

Why Bother Giving Up Caffeine?

Caffeine use (or abuse) is a double-edged sword. At first, caffeine makes you feel energetic. The heart beats faster, and there is a slight rise in blood pressure. You may feel more awake and alert. A few hours later, however, you may actually feel more tired as the caffeine leaves your system. Then you find yourself reaching for more, and the vicious cycle begins.

Caffeine offers some benefits as well as drawbacks. Studies have identified certain qualities in caffeine that may inhibit type 2 diabetes and Parkinson’s disease. On the other hand, caffeine stresses the adrenal glands by creating an artificial “fight or flight” symptom each day. It can also cause sleeplessness and acid reflux or heartburn in susceptible individuals. It’s effects on a developing baby may be harmful, so pregnant women are cautioned to avoid or reduce their consumption of caffeine.

Weaning Yourself Off of Caffeine

If I ever give up caffeine entirely again, I plan to wean myself off of it gradually, rather than going cold turkey. To wean yourself from caffeine, start by learning which foods and beverages contain caffeine. You may want to print a list and keep it handy to avoid mistakes. Obvious sources include coffee, tea, cola drinks and chocolate, but even something as innocent as a cup of hot cocoa has some caffeine in it.

Decide for yourself which sources of caffeine can go, and which must stay. I learned long ago that the comfort of a cup of piping hot coffee in the morning is a necessity for myself, while I can learn to live with herbal tea in the afternoon. You may find that your weekly chocolate bar is non-negotiable while caffeine-free soft drinks are just fine. Experiment with caffeine-free choices to find a happy medium. Start by reducing the quantity of caffeine in your life by 25% or so. This may be as simple as cutting out one cup of coffee a day, or switching one source of caffeine for one decaffeinated choice. After a week, how do you feel? Can you reduce it even more?

By making slow, graduate changes, you’ll avoid the unpleasant side effects of caffeine withdrawal including the aforementioned headaches, nausea and tiredness. Consult your healthcare provider if you have any questions about caffeine and withdrawing from caffeine.

If you’re not sleeping well…if you find yourself reaching for more and more coffee during the day to stay awake…if you’re expecting a baby…do yourself a favor: cut back on the caffeine. It can’t hurt, and it might help you feel better!