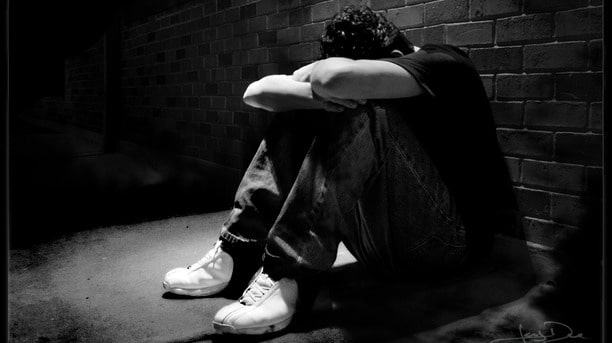 I was thirteen and making the decision of a lifetime. I had nowhere to turn except my heart. Deep down I knew I couldn’t do it, I couldn’t let someone suffer from my mistakes. The decision was made, I was keeping it. This little bundle of joy was now going to be my life. I was thirteen when I made love for the first time. It was Valentine’s day.  I thought it was going to bring us closer in our relationship but little did I know it would ruin it. I was about 6 weeks pregnant and I lost it. When I lost it, I lost myself. I could no longer be myself because I felt as if a piece of me was missing. I couldn’t face him anymore because every time I did, I seen this baby. I still loved him but knowing that part of him was inside of me hurt me in ways I never thought possible. I ended it with him and we never spoke again, not until about a year later only to find out he was moving far away. We finally were on good terms again and then he was gone.

I was someone I didn’t want to be but felt like I had no choice. The old Danielle was gone and the new one took over. I did anything to get rid of the pain. I had no life anymore, when I wasn’t in school I sat in my room and cried. I cut every night just to focus on something that wasn’t emotional pain. I would sit on my bed and stare at the wall for hours. The only thing I felt was a numbing sensation through my entire body. Let me ask you a question, have you ever lost something so dear to you, that when you come to think of it, your whole body goes numb? You can’t move, you can’t say anything. Your mind focuses on that one thing and nothing else. You want to move but you can’t. You can hardly blink. You want to get up but your legs are so numb with grief. Your hands don’t correspond with your mind. Your lips won’t move into a smile. Your fingers can only shake, your hands are unable to grasp, and your mouth cant form words. You can feel no signs of pain, just a numbing and all you want to do is forget.

I couldn’t forget, so I started drinking all the time. Night after night it was the same routine. Go to school, come home, go to my room, take a couple shots, smoke a couple bowls, pop some pills, cry, cut, and pass out. I was getting tired of waiting for time to heal things. It didn’t seem to be working, I felt trapped in a dark hole that no person should ever be in. This is when I really started to be suicidal. All I did was hurt the people I loved and hurt myself. I had nothing to live for, so why live? I thought maybe there was something better out there. Maybe there was such thing as reincarnation and I would move on to a better place. Or maybe there was just eternal darkness. Either way I thought I would be better off.

I attempted suicide three times until I finally realized that if I’m not dead yet maybe I’ m supposed to be here. I didn’t get any happier, I still hated to look at myself in the mirror. I still hated who I was, but I kept going hoping to find some peace. Then I found someone who changed my life. We had a connection no one could break. He put me through hell but made me hold on at the same time. He made me stick around.

I thought I loved him and he thought he loved me. We tried dating multiple times but it never seemed to work, we were just made to be best friends. We have everything in common, we loved the same things, we had the same thoughts, and we could even finish each others sentences. But for some reason we couldn’t be together. I wanted to be with him no matter how much energy it took. I tried everything but he wasn’t ready for something like this. He had too many problems and issues that he couldn’t turn to me for. I had several issues too and I turned to him for guidance but he couldn’t help. He helped in every other way but love. That was one thing he couldn’t offer. But when I look back I realize that he did help me, no matter how many times he hurt me I stuck around hoping someday we’d be together. I realized I couldn’t risk losing him in any way, even if we were never together.

The last time we dated I really thought it was going to work. We dated for 3 months, that was the longest we had ever dated. I know it doesn’t seem very long but I loved him from the moment I met him. Everything was going good and out of nowhere he breaks up with me, saying that were better off as friends. I couldn’t take it anymore, he was the only thing I stuck around for and he was gone. I was on the verge of losing my mind. I was so depressed and  ready to cut but than my guardian angel came to the rescue. He saved my life and I can never thank him enough for that. In that moment I truly figured out what love was. With Brenden it was a mere image of love. But with Trae it was real; we’ve been together now for five years and we have a beautiful daughter. We have managed to build a family together and although we still have issues, I’ve never been as happy as I am now. It just goes to show that life is not hopeless, even in your darkest days you always have a future to look forward to.