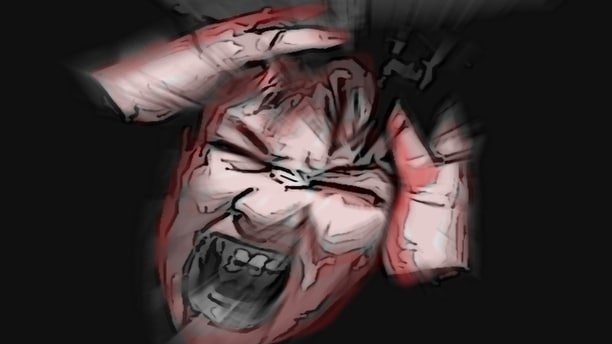 I have a good friend who is a wonderful person in every way you can think of, except for one thing. She cannot let go of anger. Oh, I don’t mean she walks around angry all the time. Actually, she’s a cheerful, happy person until “that” subject comes up. What’s the subject? Well, in her case, it’s her relationship with her brother.

My friend wants to be close to every family member she has. Her brother does not. He wants to keep his distance, lay off the warm fuzzies, and go his own way. This has been going on for years, yet my friend still gets angry when he rebuffs her invitations for a family reunion, a holiday get-together, or a weekend visit. In fact, she gets so angry about his refusal to join her and the rest of the family that it ruins the whole event for her. That’s right! She ends up dwelling on his absence, rather than on the presence of the everyone else, and after everyone has parted, her only memories are that her brother didn’t show up—again.

So what’s wrong with this picture? Well, my friend is angry about something she cannot control. Now, that in itself isn’t wrong. It’s very normal to react with anger to things we can’t control. Often when we’re feeling helpless or disadvantaged, we do get mad and that anger becomes the catalyst for change. Anger in and of itself can be beneficial if channeled properly toward positive action. But my friend isn’t doing anything positive with her emotions because there is nothing positive she can do. She’s up against the actions of one man, her brother, who isn’t doing anything immoral or dangerous or illegal. He just feels differently about familial closeness than she does, and even if she doesn’t like it or agree with it, she can’t change it.

Now you may think her brother is making a big mistake in cutting himself off from his sister, and most certainly she thinks so, but again, it’s his decision to make and there is nothing she can do about it. Whatever regret may come will be his problem to deal with, but in the present she is affecting her own mental health and happiness by dwelling on his actions and his feelings, rather than dealing with things she can control—her own actions and feelings. Remember how I said her only memories of every family get-together are his absence? More and more frequently, her life revolves around what her brother is not doing, rather than what she is experiencing and it is starting to drain all of the joy and happiness out of her.

Are you like my friend? Do you have trouble letting go of anger when someone hurts you or wrongs you? It’s not an easy habit to break, but for the sake of your own happiness and well-being you have to let go and move on with your life.

Why Am I Angry?

First, you need to closely examine your feelings and decide if you’re angry about something you can or can’t control. Are you angry about a local injustice or problem that can be solved with personal and community action? Then get involved! Doing something positive will help everyone, including yourself. Are you angry about the state of the world or social inequality? Accept you won’t be able to fix the whole thing, but again, get involved and try! There are always like-minded people out there. Find them on social media or form a group yourself. Donate your time and effort to established organizations that aid in the causes that concern you.

What if it’s something you can’t control? Someone cut you off in traffic or was rude to you in the grocery store? Well, then, look at the big picture. Are you hurt? Are you bleeding? Were you able to keep on going even after the event? If everything is OK, then blow it off. It doesn’t matter. It’s not personal and there’s no sense in ruining your day over it. Don’t worry about what could have happened. Live in the present.

Remember, you can’t control other people. You can’t make them behave the way you want and none of us has the right to demand that everyone be exactly the way we prefer. Everyone has the right to be themselves, even if that means they’re cranky or hateful or rude. Accept people for who they are. You don’t have to like them, just accept them.

What if someone is more than just rude? Like the someone who cut you off in traffic? That could have been dangerous! A lot of people feel like if their anger is justified, then they should hold onto it. It was someone else who was at fault! But instead of being proud of your anger, even when it’s justified, again, take a look at the bigger picture. Sure, that person was in the wrong, but if nothing happened and you’re OK, what good does it do to stay angry? The truth is, even justified anger doesn’t change anything if you can’t control what caused it.

However, some people are afraid that letting go of their anger means they approve of what the other person did. It doesn’t. You can still disapprove, you can still think the other person was very, very wrong, you can even say that if you want, but you don’t have to hang on to your anger to prove it. Remember, you’re letting go of your anger to help you. Don’t give someone you already think is wrong even more power over you by letting them fill you with negative emotions.

Back to my friend and her brother. Let’s say she finally accepts him for who he is and lets go of her anger toward him without approving of his actions. Then what? Does she just sit back and give up? Never speak to him again? Well, no. Letting go of anger doesn’t mean you’re giving up on what you want to change. It just means you’ve decided not to be ruled by a negative emotion and you can face the truth of what is in your control and what isn’t. There isn’t any reason at all why my friend should give up on trying to have a relationship with her brother as long as she accepts she may never. She can reach out to him gently, unobtrusively, with cards and letters, and not rail against him if he doesn’t respond. She can keep the communication lines open and if he ever decides he wants to reciprocate, she’ll be there.

As I mentioned earlier, anger can be a driving force. It can wake up people and get them going, inspire them to better themselves and their communities. But too much anger for too long will wear you down and wear you out. If you’re angry, think about why. Remember to look at the big picture. Practice shrugging off the little things. Your life will be happier and healthier in the short and long run.